If you love gardening, a lawnmower is an ideal companion to keep your lawn in great shape. However, since it is mechanical, there are several problems you can encounter. One of the more common issues is the tearing or breaking of the pull cord. Pull cords are used for starting lawn mowers. If you don’t have one, you can’t start the machine.

Although it might seem like a big problem, it’s not. In the worst-case scenario, the recoil spring is broken, it can be easily fixed. In this post, I will explain step-by-step how to replace the pull cord on a lawnmower if you don’t know how to do it. Afterward, changing a pull cord will be a simple task for you.

How Do Pull Cords Work?

As you pull the lawnmower cord, it spins a hub that’s connected to the crankshaft. When the crankshaft spins, an electro-magnetic connection fires off the spark plug while the carburetor pushes the fuel into the combustion chamber.

As soon as the gasoline starts burning, the engine starts working, and the lawnmower blades begin spinning. Every time the thread is pulled, a recoil spring automatically rewinds the thread around the cord. If everything is adjusted correctly, there should not be any limp in the cord. However, if the pull cord gets damaged, the lawnmower won’t start.

How To Repair Lawn Mower Cord?

Often, repairing a lawnmower pull cord means replacing it. This occurs when the cord breaks or when the recoil spring is damaged, and it cannot return properly to the housing. In case the pull cord is damaged, it may also be a smart idea to replace it.

The steps outlined below will help you replace it. It could also be that the pull cord is stuck. If that’s the case, you shouldn’t have to replace it. You can reach it by following the first five steps. After that, untangle, check, then reattach all the pieces.

Before starting to disassemble the various parts, it is good to know what is inside the lawnmower’s pull-cord housing. There are four major components of the pull cord housing: a handle, a pulley, a starter pull rope, and a recoil spring.

● Step 1: Gather the tools you need

Several tools are necessary, including a screwdriver, lighter, needle-nose pliers, a wrench, a new pull rope that is exactly the right thickness, and protective gear, such as safety goggles and gloves.

● Step 2: Get your lawnmower ready

Place the lawnmower in a well-lit area, preferably on a flat surface. Put some wooden wedges under your mower’s wheels if you have a sloping driveway. By placing the wedges, you will prevent the lawnmower from moving. Also, be sure to set the parking brake.

Unplug the spark plug cable. In this way, you can work on or near moving parts of the lawnmower without accidentally starting the engine.

Locate the lawn mower’s rewind housing. Remove engine parts in order to gain access to the recoil starter housing. A screwdriver is needed to remove the screws of the housing. Carefully lift the housing off. There should also be a starter pulley and a portion of the old pull rope.

To open the rewind housing, tap on the casing. You need to find the edge of the broken rope, hold it tightly, and pull it out. In the same location where the broken rope was pulled, a new cord will be inserted. You can buy pull cords at any hardware store or online.

Let’s take the new pull cord. Put a knot on one end of the pull cord and insert the new cable in the same place as the old one. You will need to slowly rotate the cord around the pulley and fasten it. Make sure you keep turning the pulley until you begin to feel resistance.

● Step 8: Attach the new cord to the housing

Put one end of the new cord through the holes, and secure a single knot at the end of the wire. Once you have inserted the cord through the rewind hole, please knot it. You can heat the cord with a lighter. Remove the screwdriver slowly while you hold the cord tightly. You will see the cord wrap around the pulley while it unfolds. Make sure that the pull cord is pulled tightly before letting it go back to its previous position.

Take out the screwdriver. Let the pull cord wrap around the wheel. As soon as everything has returned to its previous position, cut off any excess rope.

Put the rewind housing back into its original position. Use a screwdriver to install all the screws you removed. Tighten each screw. Be sure that it is firmly seated in its place by giving it a gentle jolt.

Replug the spark plug to start the mower.

Now that all the things have been done, it is time to start the engine. Fire it up as you normally do. If all went according to plan, the mower should run smoothly.

Some pull cord issues are not as obvious as a broken cord. Here are a few other common symptoms I hear about pull cords:

If the problem is a damaged recoil spring, you will need to remove the pulley from the assembly. I would also recommend that you replace the pull assembly completely since working with a spring can be like herding cats.

It is necessary to remove the pull assembly in order to install new pawls, but it is a simple process.

All these repairs can be done without any special tools, and they are all covered in the following video, “Pull cord troubleshooting.“

If you have a hard time pulling your cord (it is stiff), it might be because you’re holding the bail lever when you start. For anyone who isn’t sure how to start their mower, please check out “How to start a mower”.

The following other reasons are also likely to cause a stiff pull cord:

The engine brake, also known as the flywheel brake, is controlled by the lever at the handlebars (most mowers), and it must be held to start the mower. It serves two purposes: grounding the coil to shut down the engine and applying a brake pad to the flywheel, similar to a bicycle brake. By releasing the bail lever, the blade is stopped within 3 seconds. Since the bail lever is operated by cable, if the cable breaks or needs to be adjusted, the brake will still be on, or partly on. This is because you try to yank on the cord.

Brake– Verify the bail lever is releasing the flywheel brake. If not, adjust the cable.

This is a simple one but worth checking. When grass and debris accumulate under a mower, the blade cannot turn and the pull cord can’t operate. Of course, some mowers have a blade clutch, which means the blade doesn’t move until a lever is pressed. If this is your mower, then blade obstruction will not apply to you.

Blockage – Grass and other things stopping the blade from turning, simple fix.

You wouldn’t think too much oil could cause a stiff pull cord, but it does. Too much oil can also damage your engine. This causes the engine to smoke, leak oil, and despite all that oil it still isn’t properly lubricated. To ensure a long engine life, it is essential to maintain the correct oil level. Check out this guide to learn everything you need to know about lawn mower oil – “Lawn mower oil check”.

Too much- oil or oil that is too heavy will cause the pull cord to be heavy.

The flywheel key is a shear key, and when it shears, it throws the timing off. The key usually shears when the blade hits something solid and the engine has suddenly stopped. The key’s purpose is to prevent the crankshaft from twisting and to keep the flywheel and crankshaft in alignment.

The engines of lawnmowers are very well built, but poor maintenance, low oil, and abuse can lead to their demise. It is recommended that you have a tune-up every spring and an oil change every 50 hours of use. Make sure to check your oil with every fill-up.

The engines of lawnmowers aren’t designed to cut on slopes over 15 degrees, which causes oil starvation, which, as you know, will cause the engine to stall. If an engine seizes, the metal components fuse together and the starter rope cannot be pulled.

In most cases, a seized engine cannot be repaired. Replacement engines can be easily fitted, but it’s sometimes better to just buy a new mower.

1. What makes a pull cord difficult to pull?

When the pull cord is difficult to pull, it might be because you weren’t holding the bail lever when starting, the engine brake was out of adjustment, or the flywheel key was broken.

2. Why does a lawnmower pull cord become loose?

Pull cords on lawnmowers become loose once the recoil spring has lost tension. This issue can be resolved by removing the pulling assembly and tightening it a few times. Replacing the spring would be preferable.

3. What is the price of a lawnmower pull cord?

Generally, a lawnmower pull cord costs between 5 and 10 dollars. Buying a good quality pull cord, no matter how expensive it is, is a good idea. High-quality cords will last longer. When you are getting your pull cord replaced by a mechanic, you can expect to pay 20 to 25 dollars or more.

This guide describes the general process for replacing a lawn mower’s pull cord. Please keep in mind that this guide is for a small lawnmower. Taking precautions, such as wearing safety gloves and disconnecting the spark plug, will help ensure the engine does not suddenly start while you work on it. Hopefully you have been able to fix the problem with your pull cord after reading this guide. 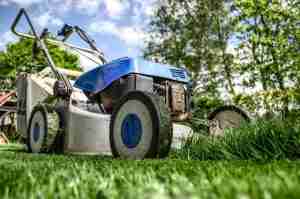 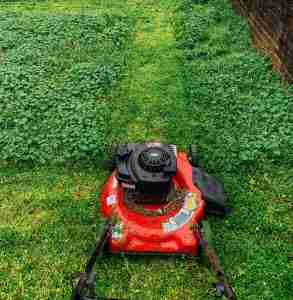 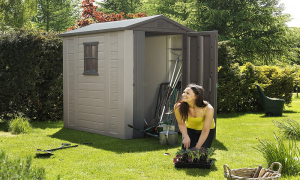 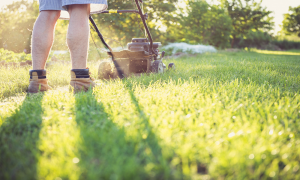 10 Best Walk Behind String Trimmers for Every Lawn 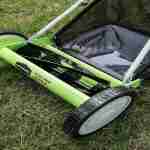 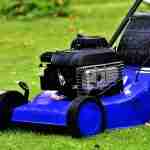 Where To Donate Old Lawn Mowers Near Me? 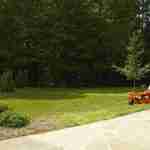 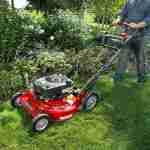